The KTI Rental Residential index for new agreements increased by 1.1% p.a. in the Helsinki metropolitan area. Rents increased most in Vantaa, by 1.6%, whereas in Helsinki and Espoo, rental growth slowed down close to 1.0%. Rental growth figures were now the lowest since 2007. 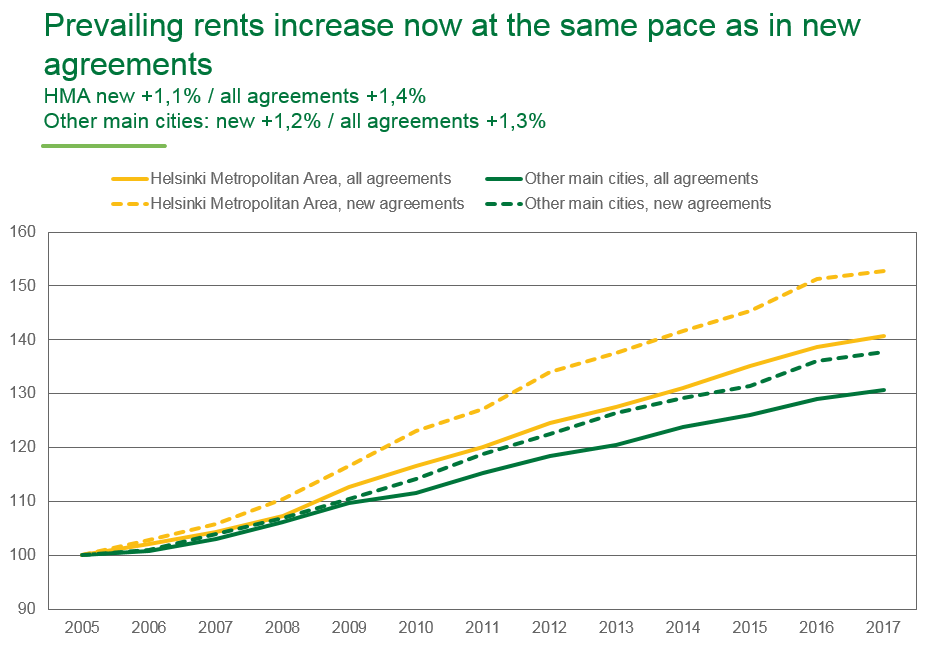 ×
We use cookies to improve user experience and measure site usage. We do not collect personal data. By proceeding, you accept the use of cookies.OkRead more